If any musicians out there doubt whether business skills are needed in a music career that requires talent … read on:

My name is Sid Pattni, I’m a recent graduate from WAAPA (contemporary music) and I sat your PMS class in my final year. I play in the R&B/Soul cover band ‘Empire’ who I’m sure you no doubt know due to our ever enthusiastic manager Ash Sinclair! 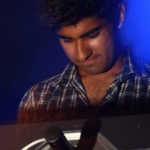 I recently released my own solo material and in the month that it has been out I have been played on national radio twice, been featured on numerous websites and blogs and also got an international feature on an online music publication that goes out to tens of thousands.

To the public it may seem like I have got a lot of attention from nowhere but none of it would have been possible without the ‘Don’t ask, don’t get’ ethos you taught in that class.

I have made sure the music is off the highest quality before it’s released and I’ve made sure to brand it correctly right from the cover art to the all the social media channels (twitter, tumblr etc) and I have no doubt people are taking me seriously because of it.

Since then I have got attention from one the biggest producers in Perth, if not Australia who wants to remix one of my tracks. A huge honour considering I’m a relative nobody in this field.

I have the EP coming out in a month and am in the works to promote that through a local media publication who are wanting to help me get photos and a video done for free!

So just wanted to say thanks for all the information you fed me over the year in that class, it is working out pretty good so far.

North Street Music has been running Business Skills for Musicians’ courses for nearly four years – and the simple lessons from the course have been helping many WA Musicians on their way. Sid Pattni was a participant in the Professional Management Skills class taught at the WA Academy of Performing Arts (WAAPA).

The letter above is from Sid who has been using his ‘PMS’ skills to advance his career. We’ve checked out his music, and he is the real deal.

If you want to check out this young talent, visit his Soundcloud or Like Him on facebook. Not that we here at North Street Music are biased or anything…

To find out more about the next Business Skills Course, click HERE for more info.