North Street Music has an ever expanding catalogue of concerts, all of which have enjoyed sold out success and rave reviews. 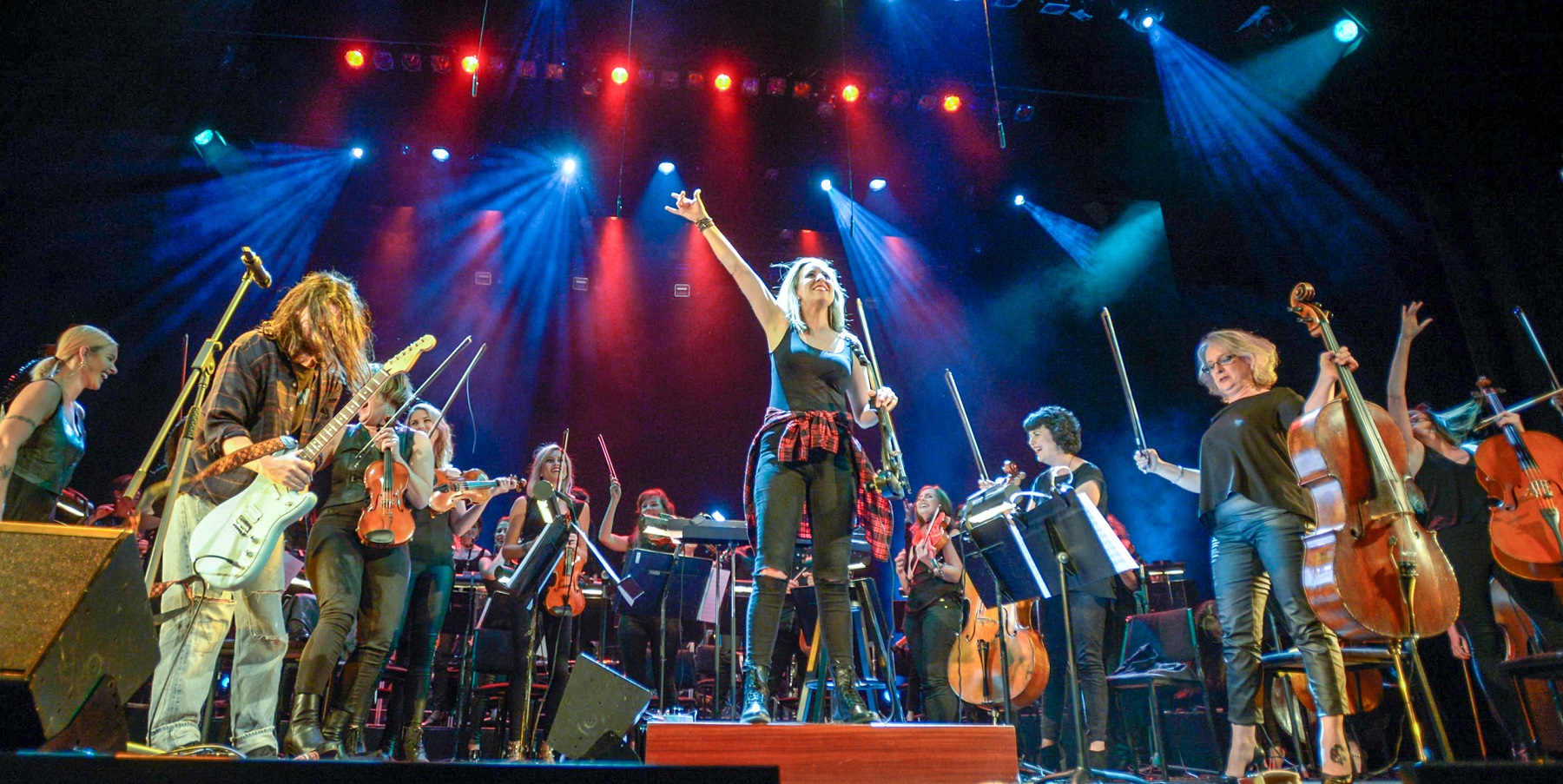 In the year Kurt would have turned 50, North Street Music presented a SOLD OUT concert, unlike anything seen before in Australia.

Or anywhere, for that matter. In fact, it was such a success that they brought it back the following year and the results were just the same –  another sold out success.

This isn’t just Nirvana with strings. This concert features a fully-fledged orchestra in bloom, then transforms it for one night into a raging rock beast. The result is remarkable…

Check out a ‘making of’ video following the repeat show in September 2018 HERE. 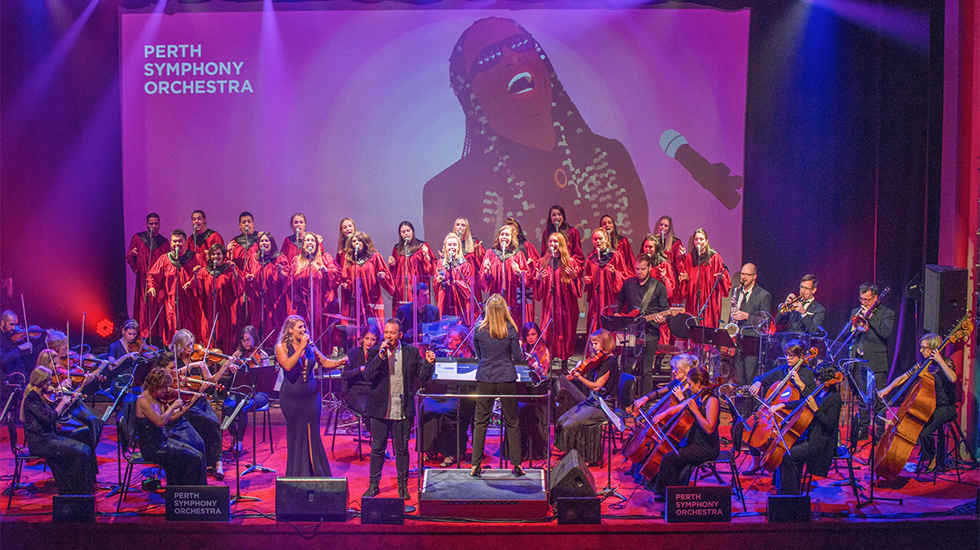 In the world of popular music, it doesn’t get any bigger than the Queen of Soul, the late Aretha Franklin, and child prodigy-turned-superstar, “Little” Stevie Wonder.

North Street Music break the rules again with Signed Sealed Delivered. Pairing Orchestra and Gospel Choir on the same stage, this concert has sold out multiple times performing the work of not one but both of these legends of soul, pop, funk and R&B.

Indeed, the late Aretha Franklin was working alongside Stevie Wonder on her release her final album before her death, making this something of a match made in heaven. “We’re not pigeonholed to any one thing,” she said at the time. “Of course, several of the songs are going to be produced by Stevie (Wonder)… There’s only one Stevie, right?”

Check out a video promo HERE. 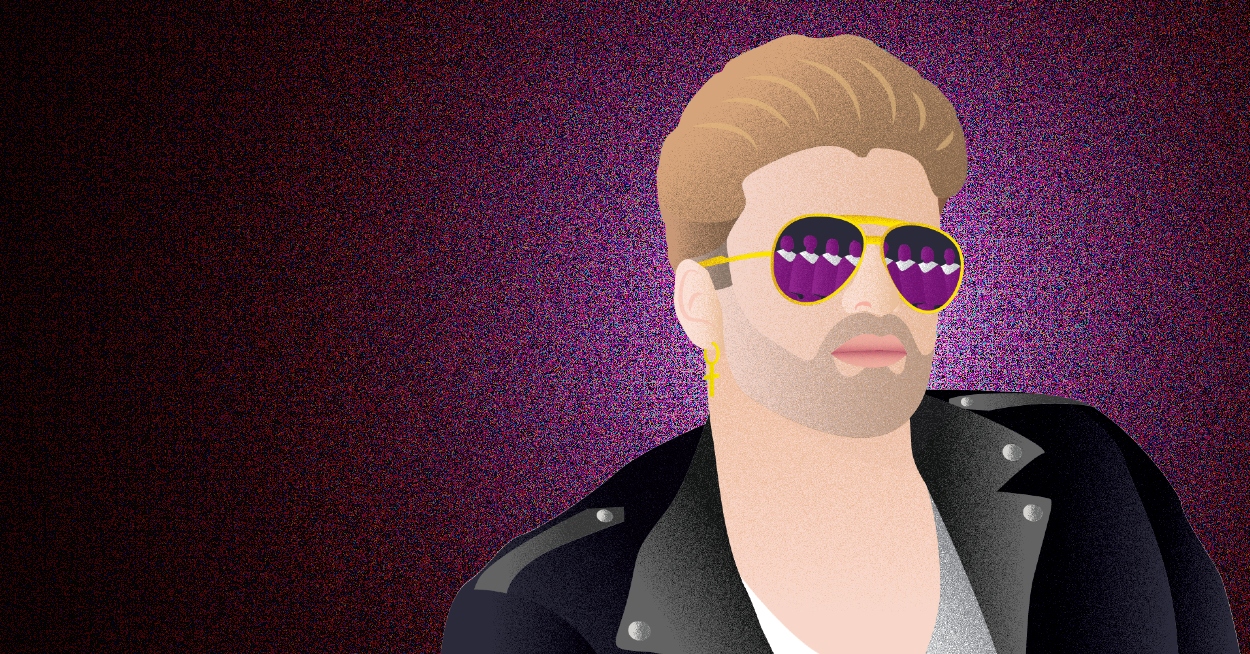 FAITH & FREEDOM
The music of George Micheal
For: gospel choir and orchestra

George Michael: upturned collar, reflective aviator shades, trimmed beard, cross earring. He is the man with the voice who brought soul to the pop world.

Bringing a new orchestral sound to his massive hits, this unique evening celebrates the incredible body of work by George Michael (spanning both his days as front man of Wham! and his incredible solo career).

Reimagined with the aim of taking the audience on a remarkable journey of emotions, Faith & Freedom sheds a new light on some of his best-loved songs from Faith to Careless Whisper, Freedom to I’m Your Man. There are few artists who can boast more than 100 million in sales but George Michael is in that elite alumni. George Michael achieved remarkable things in his lifetime, and this concert aims to celebrate the joy his music brought to millions around the world. 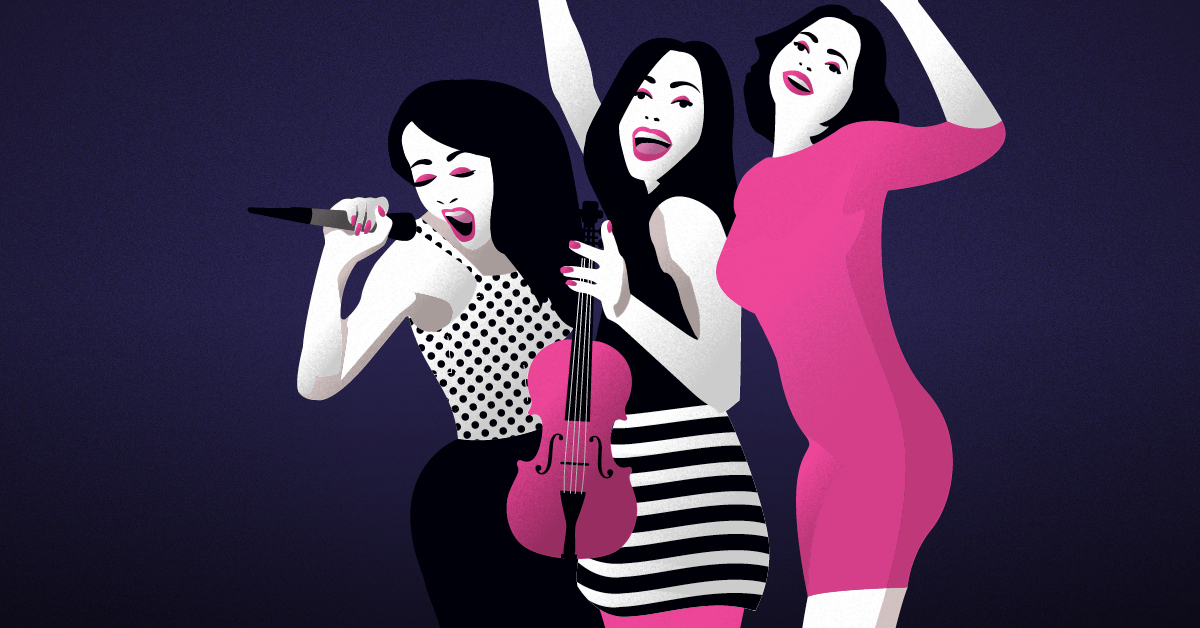 GIRLS NIGHT OUT
A celebration of music by power women through history
For: orchestra

Get some Girl Power in your life as North Street Music brings you some of the greatest songs of all time, like you’ve never heard it before, in Girls Night Out.

Featuring fully orchestrated versions of Beyoncé, Tina Turner, Madonna, Adele, Aretha Franklin, Nina Simone and so many more, Girls Night Out is a celebration of women, by women, for everyone.

ALL of the charts, arrangements and compositions are written by women. Plus ALL of the instruments on the night, from strings right through to drums and bass, are performed by an entirely female orchestra. Led by world-renowned conductor Jessica Gethin, you will likely never have seen this many incredible ladies in one place before. 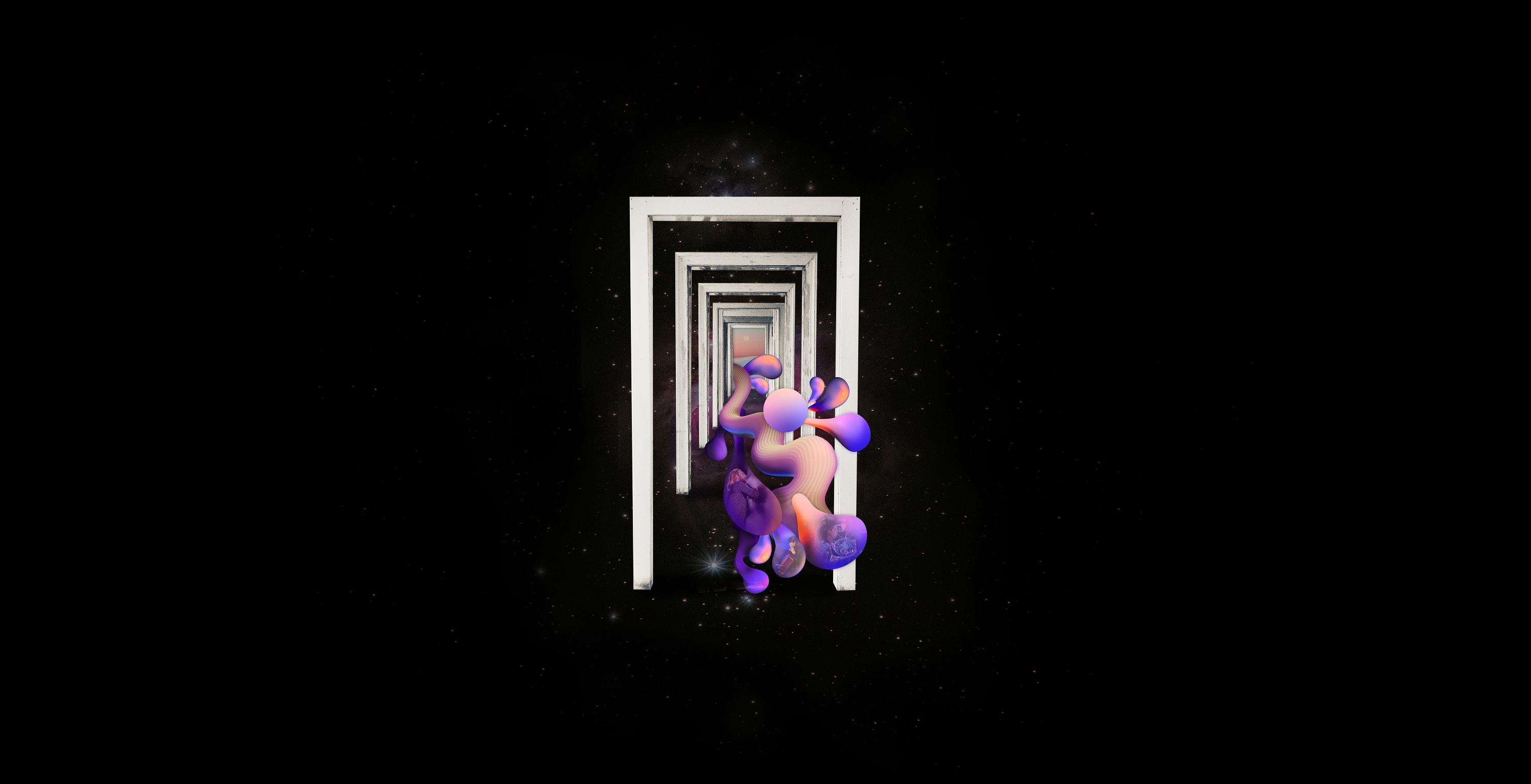 LOVE HIM MADLY: THE DOORS REIMAGINED
For: orchestra

Take the trippiest of orchestral rides, to a time when the counterculture and free love movements of the 60s rebelled against the Vietnam War and assassinations of JFK and Martin Luther King, with civil rights protests, psychedelic music and the Summer of Love.

Out of this came The Doors, one of the highest selling rock bands ever, with the most charismatic frontman of them all: Jim Morrison. An American Poet. Controversial counterculture giants, together they changed music forever.

The follow up to Unplugged: Nirvana Reimagined  in North Street Music’s Reimagined series is a spectacular event capturing the very essence of Morrison and The Doors at the height of their powers. 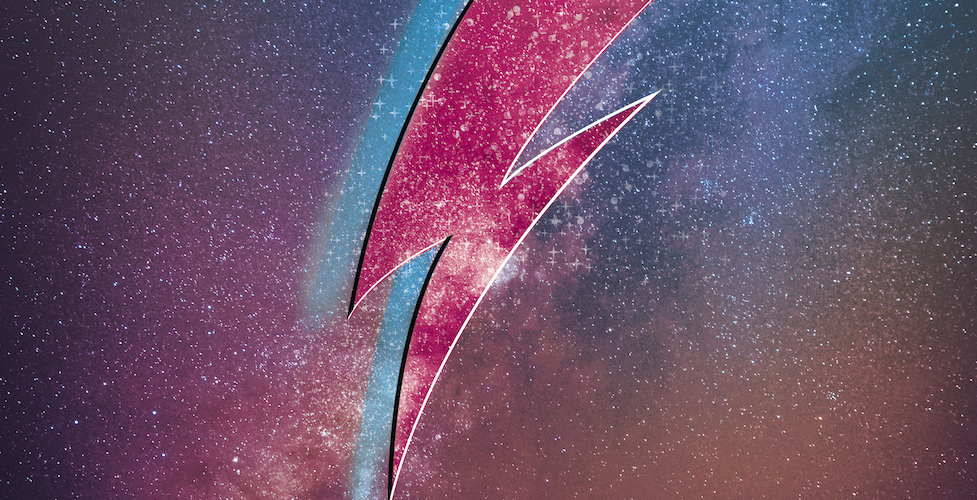 STARDUST
The Music of David Bowie
For: orchestra

Innovative, as wildly acclaimed as he was popular, and quite simply one of the most influential artists of the 20th century, witness the moods, colour and androgyny that continues to impact popular culture even now. It’s time to put on your red shoes and dance for STARDUST: The Music of David Bowie.

The Man Who Sold the World has been as remarkable in death as he was in life. Who doesn’t recall how his passing lit up our social media feeds like nothing else before or since?

Once and for all it proved the Starman’s music was, is and will remain a living, breathing thing unto itself: open to the sort of radical reinterpretation North Street Music has become renowned for.

After all, Bowie always aimed for widescreen and celestial, and this production delivers just that. Sound, and Vision.

With two incredible singers (one male, one female), representing the many sides to his personality and sexuality, STARDUST promises all you pretty things the most glittering, starry-eyed night of the year.

Find Fashion, find Fame, be a Rebel (Rebel), and we can be Heroes… just for one day.

STARDUST: The Music of David Bowie debuts on Thursday, September 17.